This time last year, I was so thrilled to be at Mac and make new friends. Moving to Canada with dreams and aspirations was not easy. I had opted to live in Bates Residence for my first year. I had no idea how I would survive, but the International Student Services (ISS) area was a blessing in disguise.

Prior to arriving Mac, ISS scheduled many webinars that covered topics like on-campus residence, food on campus, getting the health and work permit, and adapting to Canadian winters. The webinars were thoroughly entertaining and knowledgeable. They helped me meet strangers who are now my closest friends from India because it is always good to have someone from your hometown in an unfamiliar country.

I would like to recall an instance. It was a webinar about on-campus cafes and places to eat. Being a vegetarian, I paid most attention to it. I read an Indian name in the chatbox and started a conversation with him, while Ana asking us to only ask questions in the chatbox. We exchanged our social media platforms and became friends. I made a group chat and after three webinars, there were 30 students from India going to Mac, getting to know each other beforehand. So everyone had a friend from the very first day at Mac.

Preet Parikh is an international student from India who is currently in Engineering 1, moving into second year.

My first weeks at Mac 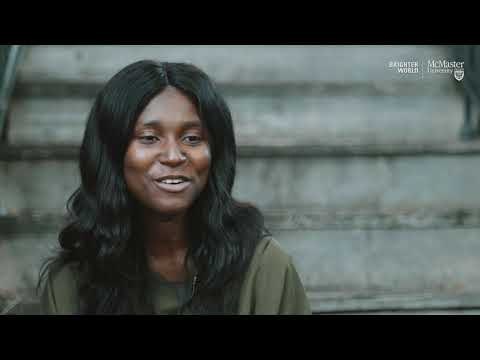