Lately, I’ve been contemplating whether or not dropping one of my courses this semester is the best choice for me. There are a couple of reasons why this decision was difficult. I found myself constantly weighing out the pros and cons around how it would affect my chances of getting into medical school, something I’ve been planning to do for several years now. Change is something every person either has great trouble dealing with or embraces with open arms. Personally speaking, I don’t typically struggle with change. This time around, however, it wasn’t something I was completely ready to bring upon myself.

It’s well known throughout the pre-med community that if you have anything short of a full-course load (5 per term), your chances of getting accepted are hindered. I won’t go as far as to say that the admissions team will flat out reject you, but the phrase “we recommend a full-course load” is very common among medical schools. Another factor that is well known, however, is the undeniable fact that medical schools also award those who have excellent extra-curricular activity and demonstrate a capacity for something other than academics. Ultimately, that reason alone is what led me to make the decision of dropping a course.

Now, I wasn’t doing poorly in the course. I was actually doing quite well. This wasn’t about not wanting a bad grade on my transcript; it was about something more meaningful than that, focusing on my interests (something I personally think a lot of students struggle with). As I just mentioned, I chose to drop the course because I wanted to have more time to focus on my extra-curricular commitments and other interests of mine. On top of that, I’m currently working three different jobs. Part-time mostly with occasional work on the side, but those hours add up. I didn’t want school and work to be all that I do because that would mean neglecting the things that I enjoy the most and mean more to me.

So, what does this mean? Well, a lot of things in life are uncertain, but what I do know is that doing things untraditionally isn’t always a bad thing. In fact, I happen to think that causing a little disruption in what is considered the “norm” can actually be a good thing.

Professors and staff recommend these supports to Mac students (2019) 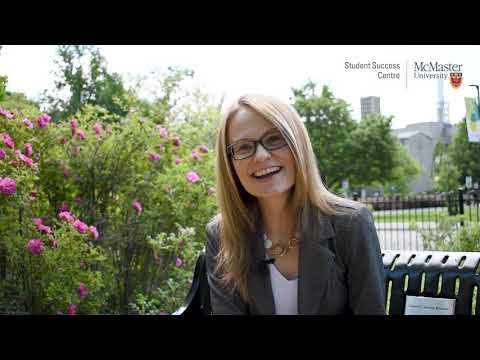