Being able to cope socially, academically, and physically to your environment is super important while studying abroad, especially when your dream trip gets suddenly flipped upside down. I am currently studying abroad in Adelaide, Australia and it has been such an electrifying experience so far. I literally hang out with kangaroos every weekend, go on fun excursions, and this upcoming week there is a surf trip which I am really looking forward to since I have never been surfing before. Although I am having a spectacular time, I’ve already had to deal with one of the scariest things that can happen when you’re in a new place; I got really sick.

Thinking it was just a slight dose of heat stroke since temperatures have been in the 40s, I laid in bed for a couple of days drinking tons of water and just trying to keep myself cool. Three days later I was still not better! I started to panic because I’m in a new country on the other side of the world far from my parents, what the hell was I supposed to do? Luckily, with the help and preparation that Mac offered from other horror stories like mine, I already had the right health insurance to take care of the hospital trips. Since I live just a tram stop away, I jumped on it and went straight to the emergency. Turns out, because South Australia is suffering from such an awful drought, there have been tons of gastroenteritis cases, which is basically like the stomach flu. So of course, during my first few days in this new and exciting place, I caught it. Thankfully they diagnosed it right away, putting me on a certain diet (BRAT: bananas, rice, applesauce, and toast… it sucks but it totally works), and low and behold I got better.

It was so scary feeling sick and being by myself without any family. You don’t expect to get sick when you’re having the time of your life! To make matters worse, I started fearing that I wouldn’t make any friends since I was missing out on the first few days of orientation and activities, so I was getting really down. Once I felt better, my roommate took me on a day excursion to Victor Harbour and I ended up meeting the friend group that I have now. They are all so supportive and amazing! Since then, I have been able to hang out with kangaroos and koalas, hike Granite Island, and see a wild penguin colony! One main thing to keep in mind is that everything will pass so long as you are responsible about it. If I had gone to the doctor’s office right when I started feeling sick, I would have known the diagnosis sooner and been able to heal faster, minimizing the activities I had to miss. At least there are so many more to look forward to! It’s hard having a positive mentality when things go wrong, but when you look forward to what’s ahead with an open mind, good things often happen.

Cyra Spink is a third year English and Cultural Studies student at McMaster University. She is currently studying for a term at the University of Adelaide, Australia.

The Value of Going on Exchange (Greg Rombough) 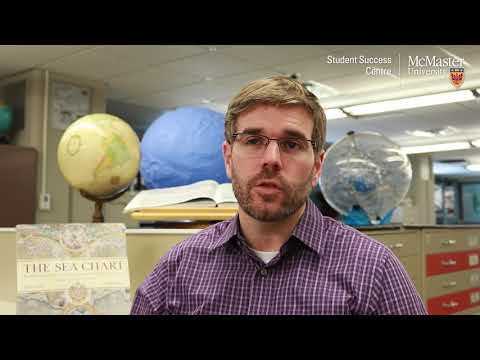