(I’m not sure if options D and E simultaneously make sense, but I wanted E to be the right answer).

Over the Winter break, during my second year, I had one of those moments where you suddenly question all the little things in life. At McMaster, I had made friends and learned a great deal in my classes. Every semester I had a new schedule, new courses, and a new set of professors to learn from. Yet, I was always in the same environment – within my comfort zone.

I realized that I dedicated a significant portion of my time and effort toward my academic career. I had learned all three of Newton’s Laws, but no number of inclined planes and applied forces would yield the formula to be a successful student while being a happy individual. This convinced me to reflect on how I learned, rather than what I learned.

So that Winter break, instead of being on Mosaic all the time for course selections, I was on Mosaic completing my exchange application.

Fast-forward eight months and I was at the University of Texas, in Austin, Texas. During orientation, the dreaded “so what city are you from?” became “what country are you from?” Before Texas, I had not given much thought to my global identity. But now I knew it would play a role in every interaction. I came to realize that in our day-to-day life, we easily overlook our national identity. For many students, like me, it’s not until we are in an unfamiliar place that we come to embrace our national identity as a part of our personal identity. From my personal experience, here are a few tips pertaining to global awareness:

Studying abroad is a privilege. Coming back to the idea of personal growth, studying abroad provides the opportunity to grow in many ways – other than intellectually. As students, we’re often too concerned with our academics, that we forget to enjoy the other parts of life.

Shameless plug: I was able to study in the US via the Killam Fellowship. I cannot praise this program enough; the organizers are a caring group of people who are genuinely engaged in your time abroad. Also, they provide significant financial support to all selected students. This helps overcome an issue that is often a barrier for students. At Mac, the Killam Fellowship program does not receive nearly as many applicants as it deserves.

Milan Dave is a student in the Engineering & Management program, Faculty of Engineering, at McMaster University. He studied abroad for a single term at the University of Texas at Austin, United States, with the KILLAM Fellowship Program.

The Value of Going on Exchange (Nicholas Serruys) 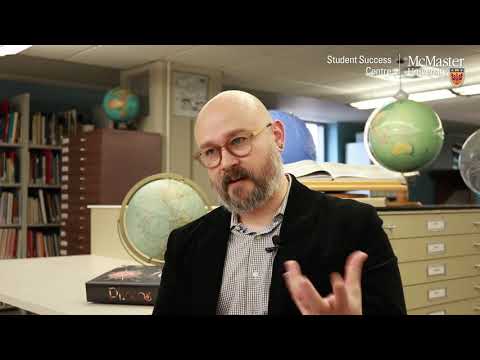