This summer I had the opportunity to do Alzheimer’s disease research at Suzhou University in Suzhou, China, as part of the Ontario-Jiangsu Summer Research Program. Even though I was expecting to learn a lot about the disease pathology and many laboratory skills, I definitely could not have anticipated how much I would learn about the Chinese culture as well. These past three months I have been exposed to many different sides of China, from the metropolitan streets of Shanghai to the tranquil, rural countryside. Though many foreigners may first think of China’s immense history and traditions when discussing its culture, modern-day Chinese society boasts as much complexity and richness as its antecedent.

With the world’s largest population, it is no surprise that efficiency has become a pillar upon which Chinese infrastructure is built. From high-speed trains that connect thousands of cities across the country to day-of delivery that makes Amazon Prime look outdated, everything in China is unbelievably fast-paced. This “efficiency philosophy” further pours over into scientific research, where the graduate students I was learning with were busy completing experiments, reading articles, and preparing presentations around the clock. Unlike in Western culture where most occupations tend to work on a 9 to 5 schedule, these graduate students were in the lab for over twelve hours a day, every single day of the week. This came as a huge culture shock, and definitely a lifestyle I found difficult to adapt to.

My lab primarily investigated molecular mechanisms underlying Alzheimer’s disease with regards to autophagy (a mechanism that degrades and recycles cellular components). Something that I really appreciated about my lab was that there was not only an emphasis on conducting experiments, but also on understanding the entire scientific process. I think often in our university courses and extracurriculars, there is the wrong impression that the complexity of an experiment is indicative of the quality of research being conducted – whenever my friends are applying for lab positions, a question I hear frequently is: “Is it a wet lab position?”. Even though, yes, cloning DNA and transfecting genes sounds very nice on paper, it is moreso the clarity of thought, scientific rigour, and ingenuity that underlie interesting and robust research. I believe my experience in China helped me realize this, and I will definitely take on this new perspective throughout my career.

On weekends, I took advantage of the high-speed railway to do some travelling. Shanghai was a frequent visit as my sister currently works there. Almost every time I visited I would make a trip out to the Bund (a riverside promenade that looks over to an area called Pudong). There is something special about the imposing yet beautiful skyscrapers that light up the night sky. Though towering buildings line the horizon in most big cities across the world, the skyscrapers seen from the Bund are to me, a proud representation of how quickly China has developed in the last few decades. When my parents visited in the 80s, Pudong was nothing more than a rural area.

I also had the opportunity to visit Nanjing, Wuxi, Jiaxing, Changzhou, and Hangzhou. It was really amazing how each city had its own personal histories, and therefore, had unique places to explore. On the streets, you would hear local dialects while purchasing foods that you wouldn’t be able to buy anywhere else in China. Even though China is one big country, it is composed of hundreds of different ethnic groups. The diversity between various regions across China is impressive, and I would even say China’s population is as much of a mosaic as Canada’s.

Now that my research placement has come to an end, I am really thankful that I had this opportunity. Though I am ethnically Chinese, I was born and raised in Canada, and therefore had difficulty identifying with my cultural roots while growing up. Through this experience, I have gained an appreciation for my heritage, and have also been challenged to critically think about the Western culture that I grew up in. Opportunities to combine travelling and academics are hard to come by outside of these exchanges. However, these experiences are truly the ones that broaden our worldview and go on to shape the rest of our lives.

Amy Wang is a student in the Bachelor of Health Sciences program at McMaster University. She did a three-month summer research placement in Suzhou, China, as part of the OJS Summer Research Program. 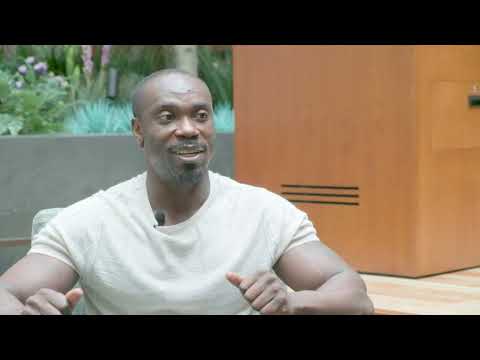