Let me start with this: I never liked history in high school, but this is different. Learning about your host country while on an exchange doesn’t feel like your typical history class. For history lovers and non-history lovers alike, believe me when I say that learning about the French Revolution while in Paris was the greatest experience ever!

And now, I’m going to try to convince you to do the same with your own host country. Here are three reasons why I think it is a great idea to learn about your country and its people while studying abroad.

1) It’s a Great Way to Understand the Culture

Studying for a semester in Paris was the greatest experience of my undergraduate career. However, I have to admit, the first few weeks of being in a new country was quite daunting, and I didn’t understand a thing about the Parisian lifestyle. I was quick to judge and I was adamant about my Canadian behaviours. As I progressed through my six months in this beautiful city, I learned to appreciate the people and the reasons why Paris is the way it is.

Although I didn’t realize it at the time, in hindsight, I can pinpoint the moment I started to appreciate the land. It was after I took two courses, Performing in Paris and Remembering the French Revolution.

I was able to understand why the Luxembourg Garden, which I had cluelessly visited so frequently, was so important to the French people. I also learned about the importance of women of the French Revolution and their impact on gender equality, which is clearly visible in today’s French society.

2) It Helps You Connect With The Locals

Earlier in my exchange, it was hard to engage in a conversation with Parisians, since we didn’t have much in common. After I had learned more about France, I felt like I had more similarities with the people on the other side of the conversation. Believe it or not, people love talking about their own country.

Being informed about current and past events helps you feel more connected to the people and their culture. It lets you in on those conversations and allows you to talk about something more meaningful than the weather, or your colleague’s favourite drink at the bar. Be wary though; it’s important to remember that you’re not trying to be the smartest, but instead, your goal is to find a connection with the people.

3) You Can Actually Visit The Places You’re Learning About

If you’re lucky enough, you might have a wonderful professor like I did. My professor, Elizabeth Colwill from the University of Hawaii, encouraged us to go out to the sites and document our journeys. For example, as an assignment, I visited cafes like Closeries des Lilas, which Ernest Hemingway had frequented during the time he spent writing in Paris. I went to the Palace of Versailles, where Marie Antoinette lived during the French Revolution. I also visited the Place de Bastille, where the famous Bastille prison stood before being stormed starting the French Revolution. Being able to learn about such history in class, and then actually visit the places in person, made the experience extremely memorable. The best part is, even if your professor doesn’t instruct you to go to the sites, you can plan your own excursions to visit the places that you learn about in class.

So I hope you take these vignettes into consideration. It changed the course of my exchange experience, and I reckon that it will positively impact yours as well.

Jechayni is a fourth year student in the Faculty of Commerce within McMaster University’s DeGroote School of Business. She recently returned from a six month exchange program in Paris, France studying at IESEG School of Management. 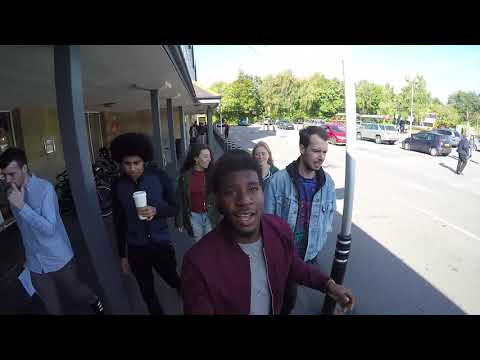